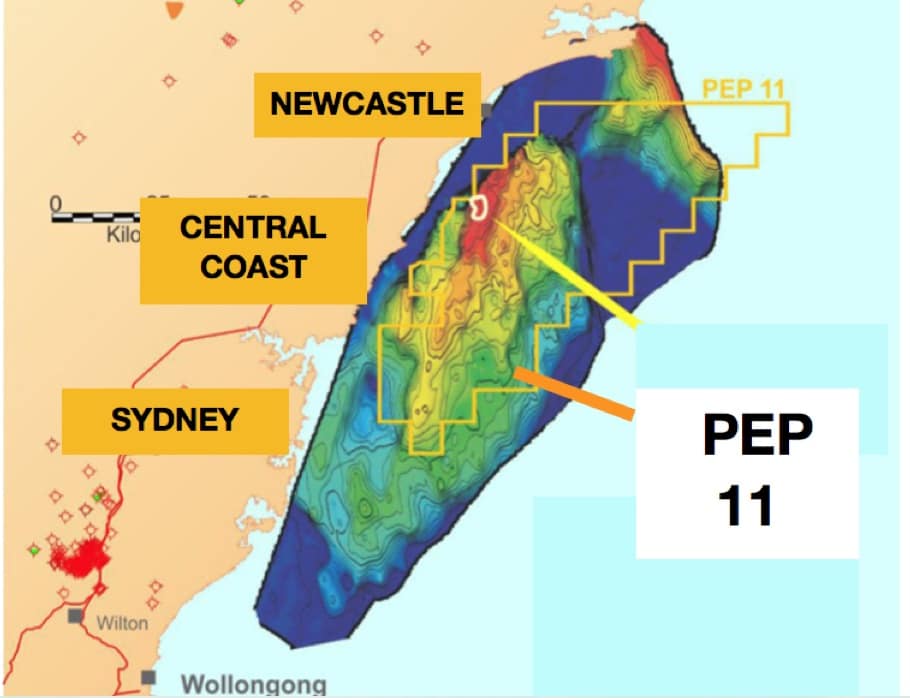 Save Our Coast is campaigning against plans to build gas rigs off our coast in a zone called PEP11 (Petroleum Exploration Permit 11). The PEP11 licence was granted by the Commonwealth government to a gas exploration joint-venture comprising majority partner Asset Energy plus Bounty Energy and RL Energy.

PEP11 covers 4500sq/km of ocean, in places just 5.5km from the shore, from Manly through the Central Coast to Newcastle. It is believed to contain significant natural gas reserves under the ocean bed. PEP11 is entirely in Commonwealth waters, which begin 5.5km offshore.

As part of the process of exploring for gas, Asset planned to conduct seismic testing. Save Our Coast began as a campaign to prevent this.

Seismic testing consists of intense and explosive underwater airgun blasts between 200-256 decibels, firing every 3-10 seconds for 24 hours continuously for days, weeks or months on end to find the best drilling targets for oil or gas, using echo location to detect hollows in the ocean bed that may contain natural gas.

Asset Energy announced in early 2020 it had cancelled seismic testing – a huge win for our campaign. However, it could still reverse that decision. And we want to see harmful seismic testing banned throughout Australia.

Gas rigs off our coast?

In December 2019 Asset Energy announced it will proceed directly to drilling for gas. Asset believes PEP11 contains significant reserves of gas – gas that will risk of toxic pollution in our beautiful coastal waters and fuel dangerous climate change while doing nothing to reduce electricity prices in Australia. Save Our Coast is campaigning to prevent this threat to our oceans and our planet.

The gas industry argues gas is a cheap, clean energy source that helps prevent global warming. This is NOT TRUE. In fact, gas is a major source of greenhouse gas emissions and a huge threat to our planet.